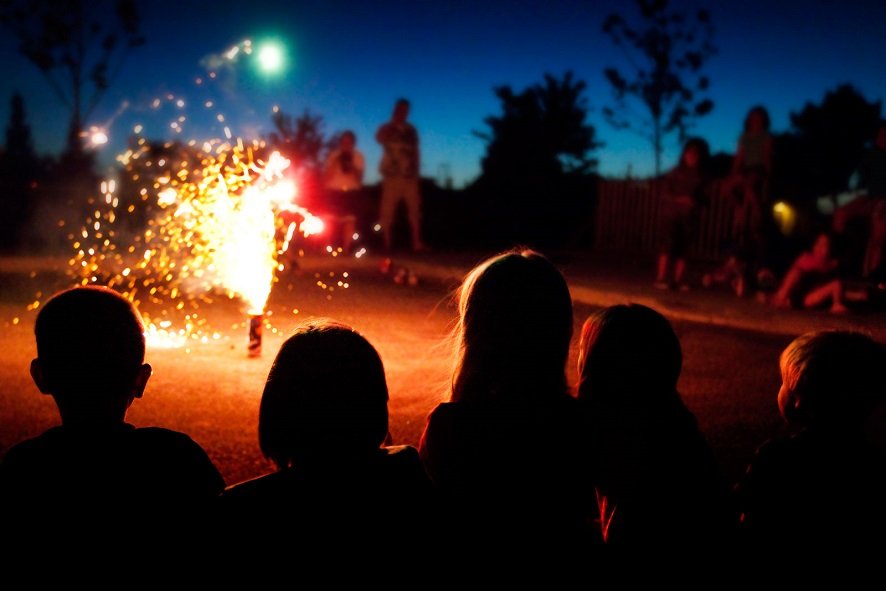 In the UK, Bonfire Night or Guy Fawkes is celebrated on November 5th and the night skies are filled with colour. It’s a special day in honour of a historic event.

The year was 1605 and some English Catholics were angry because the King of England, James the first, was treating them badly. In November 1605 a group of men made a plan to blow up the Houses of Parliament (the government buildings) in London. An enormous explosion was planned for November 5th. This was the day that the King was due to open parliament. The plan is known as the ‘Gunpowder Plot’ and the leader of the group was called Guy Fawkes. The men put 36 barrels of gunpowder (a type of explosive) in the Houses of Parliament and they waited for the King to arrive. The group decided that Guy Fawkes should light the gunpowder and cause the explosion. Did they succeed? No, they didn’t. The police found the gunpowder before it exploded and they caught all the men involved in the plot. The men were tortured and killed. To celebrate his survival, King James ordered the people of England to have a bonfire on the night of November 5th.
Bonfires, Guys and fireworks

On November 5th people remember the plot to blow up the Houses of Parliament by celebrating ‘Bonfire Night’. All over Britain there are firework displays and bonfires with models of Guy Fawkes, which are burned on the fire. The Guy is made of old clothes and the clothes are filled with newspaper. The Guy is a reminder of Guy Fawkes. The fireworks are a reminder of the gunpowder that Guy Fawkes hid in the cellar of Parliament. Some people have a small bonfire in their garden on November 5th. In main towns and cities there are big bonfires and firework displays. The biggest fireworks display is the Edenbridge Display in Kent. Edenbridge also has the biggest Guy. A 9-metre ‘celebrity’ model is burned there every year. Last year the celebrity Guy was Wayne Rooney wearing Shrek–style ears and a Manchester United football shirt. 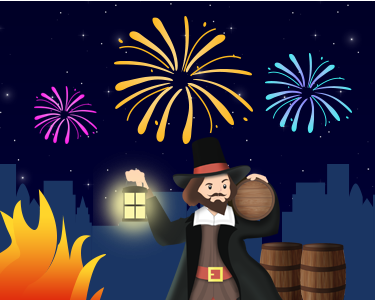 It’s normally quite cold in November in Britain, so on Bonfire Night people wear hats, scarves and gloves to spend the evening outside. They need some warm food too. Traditional Bonfire Night food is hot baked potatoes. The potatoes are cooked on the bonfire and filled with butter and cheese. There are also toffee apples (apples on a stick, covered in sweet toffee) and in the north of England they eat a special type of cake called parkin. Cooking marshmallows on the bonfire is also popular. Yum!
Penny for the Guy

In Britain only adults can buy fireworks but in the past they were sold to children too. During the days before Bonfire Night, children used to take their home-made Guys onto the streets and ask for ‘a penny for the Guy’ to collect money to buy fireworks. Now you have to be over 18 to buy fireworks, and safety on Bonfire Night is an important issue.

Bonfire Night celebrations will take place in a number of locations in Bristol. Full schedule can be found here.

Find us in “The Week In” magazine.

Do you enjoy sitting in traffic?